Christopher Walken: The Anti-Christ and the Archangel 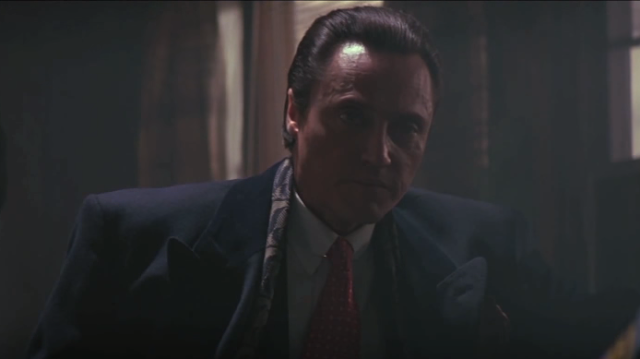 When I saw the announcement for The Great Villain Blogathon, I knew right away what I was going to do: Christopher Walken. Who else could play an Archangel just as villainous as the "Anti-Christ"? Only Walken.

Walken appears in True Romance for only one relatively short scene in the entire film, but you cannot move to the next scene in the same frame of mind as you entered his.

If you have not seen True Romance yet, you should give it a shot. It isn't for everyone, and there's much to criticize about it, but this one scene makes it more than worth your while. As you can probably guess by his name, Coccotti has an "affiliation" with a certain type of family. He describes himself as "counsel" to the head of the family. More accurately, he's the man in charge of the enforcers. And although someone with his years of service doesn't need to get his hands dirty anymore, that's about to change.

Quick synopsis: Clarence Worley (Christian Slater) is a dipshit who marries a hooker named Alabama (Patricia Arquette). Clarence then finds Alabama's pimp, Drexel (another brief performance, this time by the always great Gary Oldman), kills him, and takes a lot of money...oh, and leaves his driver's license behind. Remember: dipshit. So, because of Drexel's connections, the man Coccotti works for sends him to find Clarence. All he finds is Clarence's dad, Clifford Worley (Dennis Hopper), living in a trailer by the railroad tracks. And here we go...


There isn't one syllable in Coccotti's introduction that he hadn't parsed and refined over time and in front of other victims. It's become an affectation, his "Have you ever danced with the Devil in the pale moonlight?" But the soul-quaking aspect is perhaps the placid delivery. There is no angst or any overt anger--no raised voice, no crazy mannerisms; even the punch is more like a breath than an angry act. It's all so matter-of-fact: "My name is Vincent and I have some questions before I kill you."

In less than 11 minutes we see a man calmly tell another man he is going to kill him, and the other man resign himself to that fact. Even on first viewing you know how the scene is going to end; it's as obvious as anything, but Walken's performance (and certainly Hopper's) will command your attention. And when it's over, you can tell all the angels in Heaven that you had never seen evil so singularly personified as you did in the face of Vincenzo Coccotti before he killed Clifford Worley.

Speaking of angels in Heaven...


We go from Walken being the "Anti-Christ" to him being someone on God's side...well, someone who used to be on God's side at one point.

In 1995's The Prophecy, we see Walken as the Archangel Gabriel. However, he is no angel, if you catch my meaning. The premise of the film is that Gabriel is angry at God for choosing humans ("talking monkeys") over...well...him. This slight sets Gabriel off and he and his sympathizers wage a second war in heaven. The imagery of a second war would of course thrill the likes of Pieter Bruegel the Elder and Hieronymus Bosch to no end.

Gabriel, as you already know, is also called the Angel of Death. As such, he has a little bit of a say as to when we go, and he uses that to his advantage throughout the film (as you saw in the clip). Bookending his delay of Simon's (Eric Stoltz) death, he first doesn't allow a suicide to end "successfully", and then he doesn't allow the perpetually annoying Amanda Plummer to expire on her death bed. In each case, Gabriel needs these talking monkeys to do one of the most practical things in the world: drive. I haven't decided if it makes sense or if it's completely incongruous that an angel can't drive, but we can debate that some other time.

Gabriel is trying to find the most despicable soul on the planet (in the form of an army colonel who ate his foes) so he can win his war. When he realizes that soul isn't buried in the desert, he needs to interview some kids to help find it because it apparently makes sense that this evil soul would hide inside a child. Also, don't pay attention to the irony of Gabriel's hatred of humans, but great need for a human soul to win his war. Anywho...

Although there is a sense of humor displayed, Gabriel clearly isn't one to mess around. Perhaps that is what makes him a really good villain; he'll joke one second and then literally set you on fire and/or tear your heart out the next. Who knew angels were psychos?

Walken reprises the role in some forgettable sequels to this film, but The Prophecy II (1998) has him describing just who he is in a way that is every bit as intimate and frightening as what he did in True Romance, and it just happens to be one of my favorite lines in any film. It's weird how sometimes even a crappy film can have a little nugget of genius.

As I said, neither of these films should be considered great, but Christopher Walken's characters in them are great. They clearly aren't as well-known as the others in this blogathon; they're obscure and short on screen time, but they are no less villainous for it.

This post is part of The Great Villain Blogathon, hosted by Speakeasy, Silver Screenings, and Shadows and Satin. 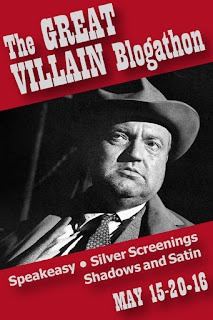 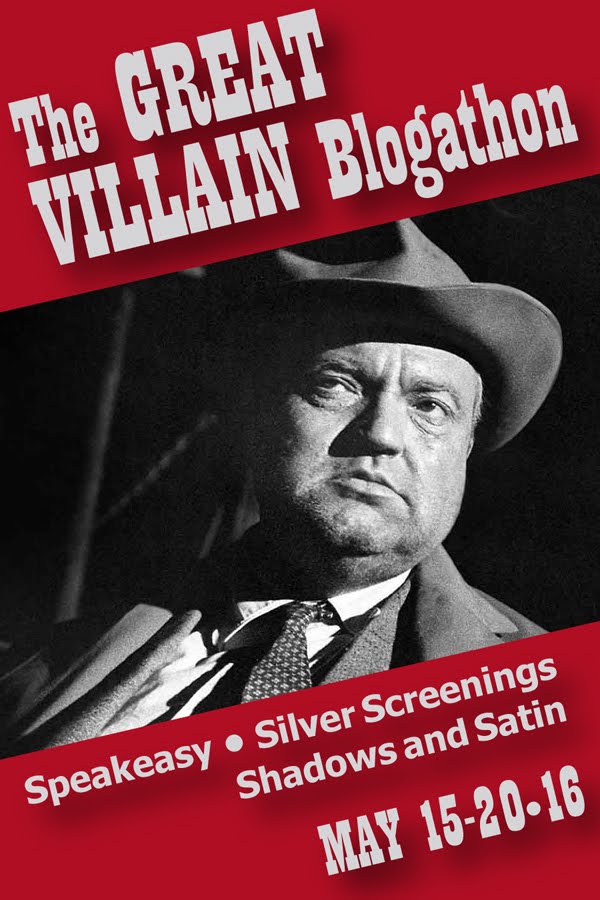 I have Christopher Walken in True Romance and The Prophecy

I have you covered with composer Dimitri Tiomkin

My entry will be The Americanization of Emily